FIRST Lego Robotics is an afterschool program in which students design, construct, and program robots to compete against other teams. Kosciuszko's team S.W.A.T.T. (Students With Access To Technology)has been participating in the FLL (First Lego League) since its formation in 1998. During this time, Team SWATT has developed into one of the most successful and respected teams in the entire State of Michigan. The team has won numerous awards throughout the years and was even selected to represent the State of Michigan in an International Competition held in Minneapolis, Minnesota in 2008.

Any student interested in joining the team should see Mr. Dobbyn in room 224 on the main floor of Kosciuszko Middle School. 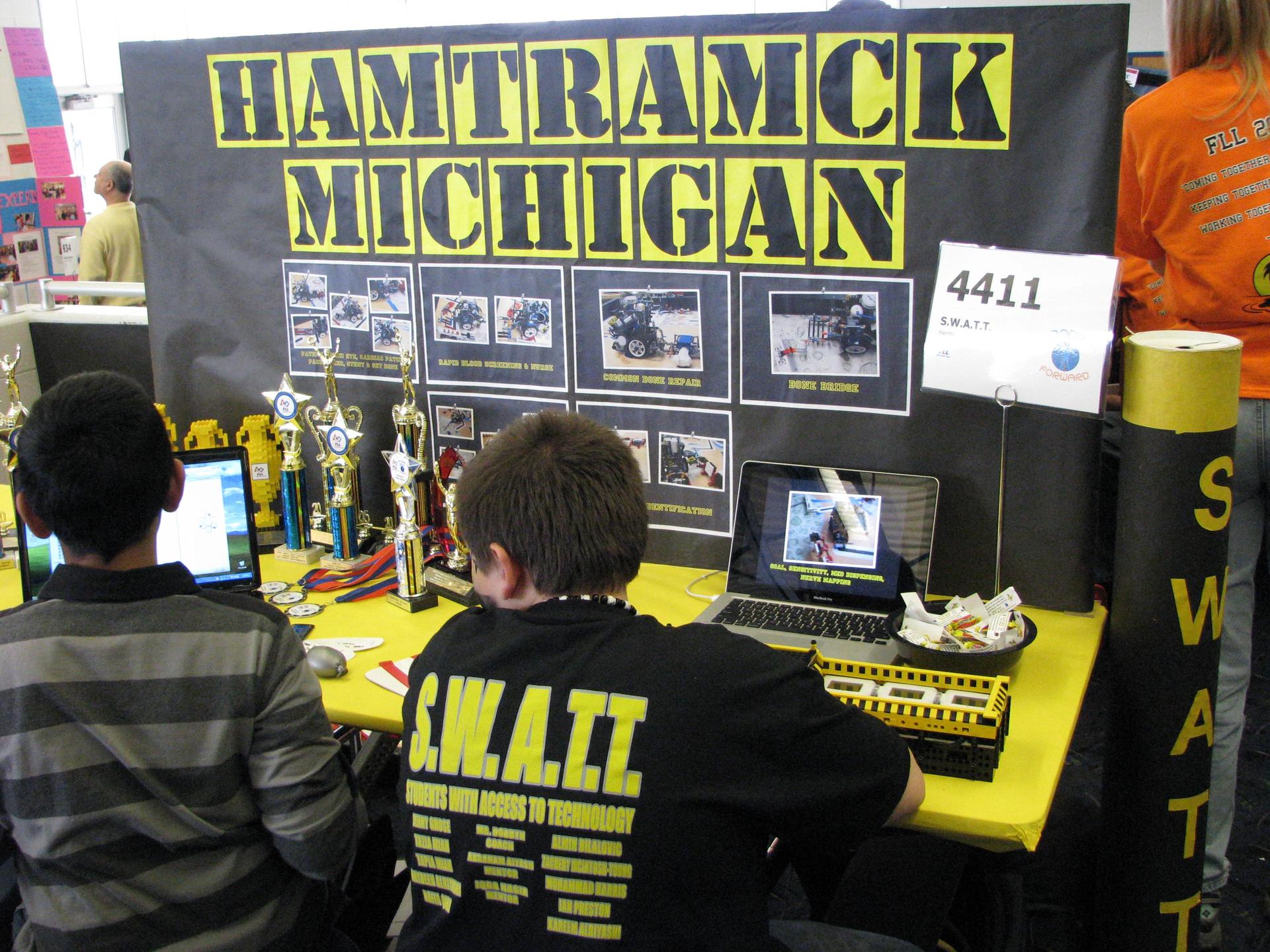